7. Description: SEE PROTEST BELOW NOW THE REPLAY IS AVIALABLE

I have fixed the host replay for blue race 3.

i took 2 screenshots from the replay - maybe they can help. 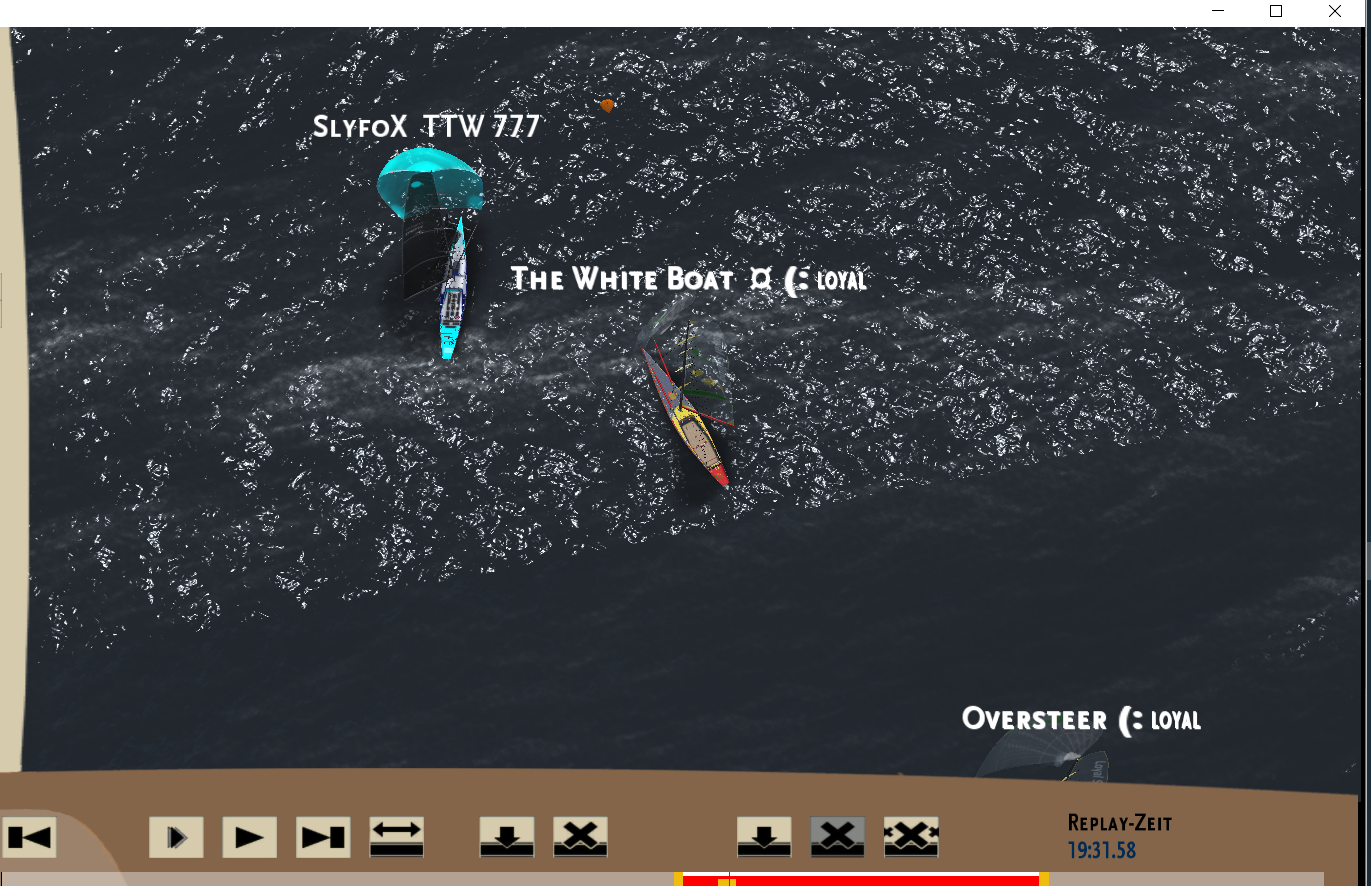 Re: Protest - White Boat and Slyfox Re: Protest - White Boat and Slyfox

Facts:
Slyfox (SF) and The White Boat (TWB) enters the zone overlapped with TWB on the inside. SF has more speed and becomes clear ahead just before reaching the mark. SF rounds the mark 1/3 boat length ahead of TWB. Just before TWB has completed rounding the mark, she is 1/4 boat width clear astern of SF and stops luffing.

Conclusion:
When TWB stopped luffing around the mark, SF was still clear ahead. If TWB had continued to luff, it would not have been risk of contact. SF gave mark-room.

Note:
If the protestor wants to round the mark with a tighter entry, but believe that the other boat is denying her this room, then it is easier for her to prove her point if she actually sails to the mark as she intended and makes an avoiding action when it's obvious that room will not be given. In this case, the boats were closest after the mark when SF had completed the rounding, and SF lost speed in the end due to a late kite drop. If TWB had entered the zone tighter, she would normally have ended up wide out of the mark, alternatively very slow if she took a sharp turn to round the mark. In both cases, she would not have reached SF.